Before I get started, I'd like to thank Sammy DeRose for the new site, the integration and all his time and advice. Quite a learning curve for this stuff, whew! Thanks Sammy, you're an awesome friend! If you need a killer site, check Sammy out here: http://www.gagawebdesign.com/

I'd also like to thank K.C. Jones for being my webmaster for the longest time taking care of me at every turn. Thanks for all you've done over the years, you've never let me down and I thank you for that! K.C. also does incredible web design. Message me and I'll pass on your info to him if any of you need his services.

I hope everyone is doing well and is getting ready for the holidays! I just wanted to give you a quick album update. This past Monday, I started mixing the new album. I don't know how much I'll get done due to the holidays being right around the corner and a super tight work schedule, but so far it looks like two songs are ready!

I'm so excited about this, you have no idea! Just to be finally done tracking this monster was a relief all in its own. It's been really hard doing this on my own because of the stress of literally performing these instruments. I didn't program a single thing. I literally played each instrument until I was good enough to record a track worthy of being on the album. I'll fill you in on all that stuff later. There are 17 songs written and recorded. Of course you're not getting all of them, but I'll try to give you as many as I can. I want to get them all ready, and then choose the ones that sound like they belong on the same album.

This isn't quite an AOR album. There are a few songs that can fit that category, but for the most part, I really tried to go for a different sound and direction. It's "now sounding" to where I didn't go too crazy with production. I was just feeling a "less is more" sort of vibe this time. It doesn't sound like a garage band lol, so don't get scared. It's just not over-done with back up vocal stacks and loads of over-dubs etc. It's just me giving you all this little body is capable of. I'll put it to you this way, if God forbid I were to pass away or even retire from music, I'd be happy with this as my last album. I feel truly blessed to have come this far with it when I was actually not going to even attempt it. I'll do my best to get it out to you as soon as I can along with some studio videos and other fun stuff that I'm working on.

Till next time, I hope you all have a wonderful Christmas, Hanukkah, or whatever else you may celebrate, and have a safe, healthy and prosperous New Year!

Hello everyone! I hope you all are doing as well as can be expected during these times. Crazy stuff, isn't it? Whew! Well we're thankfully still alive over here and doing well. Sorry (as usual) for not being more in touch. I've been a bit of a recluse lately working on lots of new ideas and other cool things that I can only hope will see the light of day. The new album has been completely done for some time now and I need to update my website. The hold up now is I'm trying to find the album a nice home with a supportive record label. I've gotten some good offers, a few bad ones and a few that weren't interested. It's really a weird situation to be in, honestly.  Some of the labels I thought would go nuts for this didn't want to take a chance on me while others had A&R guys that loved it, yet the big bosses were skeptical. It's a very different album for me. What's even more disheartening is I sincerely feel I obliterate some of the ar 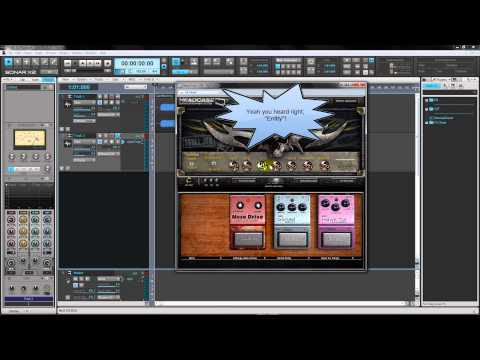